Tunstall was one of the six towns that federated to form the City of Stoke-on-Trent. It is the most northern, and fourth largest town of the Potteries. It is situated in the northwest of the city, with its north and west boundaries being the city limit. It stands on a ridge of land between Fowlea Brook to the west and Scotia Brook to the east, surrounded by old tile making and brick making sites, some of which date back to the Middle Ages. Tunstall was a village until the 18th century when it was transformed by industrialisation made possible by the building of the Trent and Mersey Canal. By 1818 there were 18 potteries. The population had increased five fold in the first half of the 19th century. 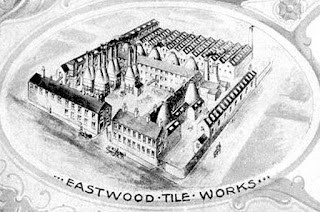 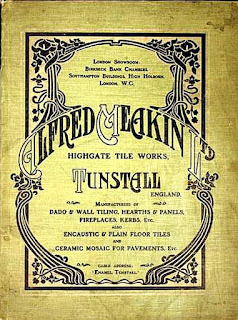 Daniel Platt & Sons, Tunstall
Daniel Platt & Sons, brick & tile manufacturers, Brownhills works on Canal Lane. A factory making bricks and tiles had existed on the site since the 1820s and Platt's acquired the site in 1896 in order to expand from their cramped Harpfields Tileries, Hartshill Road works. The photo below shows one of the downdraught beehive brick kilns used by Platts.

I am very grateful to Don Perry who sent me the following information about the people in the photo, all members of one family, the Perry family. "The one firing the kiln [in the middle] is Thomas (Tom) Perry, born 1896, died 1971. The one holding a shovel is William (Bill) Perry, born 1899, died 1964. The one with the wheel barrow is Arthur Edward Perry, born 1901, died 1935. Picture dated some time before April 1935"


Keele Street Pottery. Excavation May 2019
At the end of May 2019 officials from the Stoke-on-Trent City Archaeology Service excavated the site of a bottle oven in Keele Street, Tunstall. The site was soon to be developed for housing. 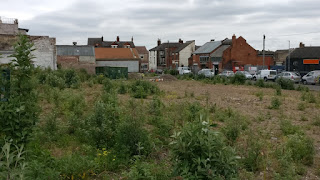 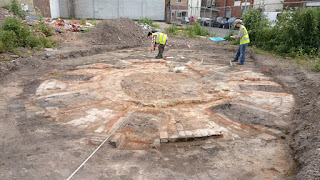 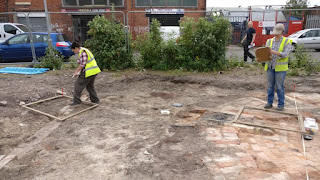 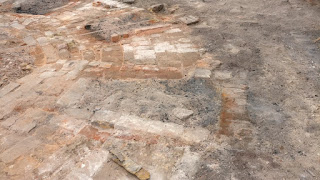 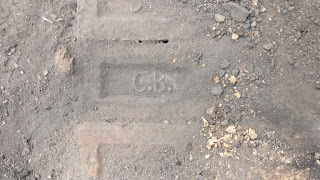 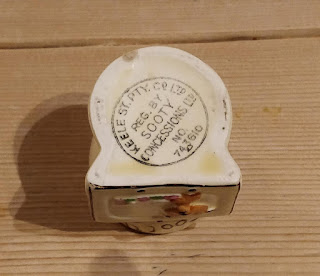 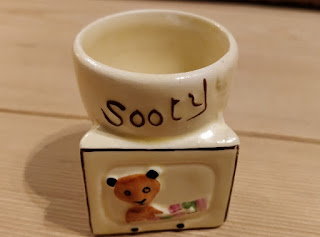 No bottle ovens or kilns remain in this the northern most town of the Potteries, Tunstall. All have been demolished.