The Lower Street Potworks
Two pottery kiln bases were excavated in 1971 from the site of Samuel Bell's Pomona Potworks in Lower Street, Newcastle-under-Lyme. This manufactory was operating from 1724-54 and became the first pottery in Staffordshire to produce soft-paste porcelain from about 1745-55. 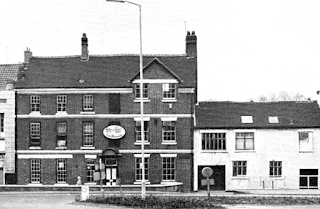 The bases of two ovens, were excavated, relocated and rebuilt at the Brampton Museum in Newcastle. 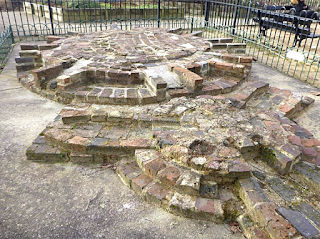 These two 18th-century examples – a biscuit earthenware oven probably built between 1724 and 1744 for Samuel Bell, and a smaller porcelain oven thought to have been constructed for William Steers no later than 1746/47 - were both excavated in 1969-71 and relocated to the Brampton by 1975. 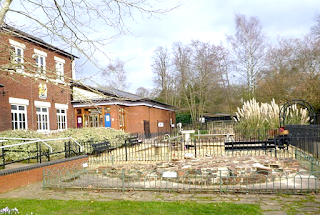 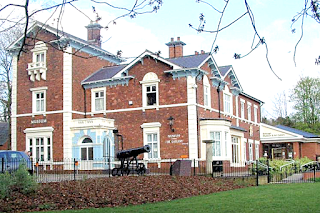 The building now occupied by Brampton Museum (Newcastle Museum and Art Gallery) was originally known as 'The Firs' in Brampton Park. This large house was home to the Mosley family, who ran a drapery business in Newcastle. The Borough Council acquired the house in 1956 and shortly after opened it as a museum and art gallery. The building is dated 1855 and stands in extensive grounds, which include an aviary, with various species of birds, and even a few rabbits. At the entrance is a great iron cannon presented by Samuel Christy, M.P. to the Mayor and Corporation of Newcastle in 1857.

Paul Bemrose was the Curator of Brampton Museum when the two kiln bases were moved to the museum grounds. He presented two papers on the Pomona Potworks. 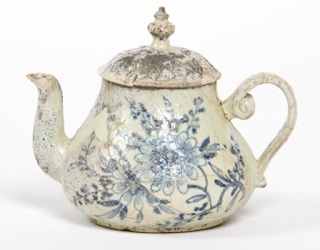 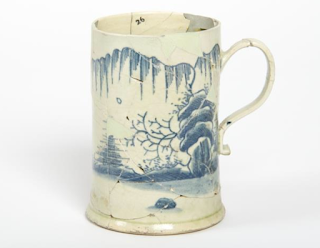 This Pomona teapot and Pomona mug, were excavated from the site in 1967 as many broken pieces. The potter William Steers was trying imitate Chinese porcelain, which was much sought after during the period. 1744 - 1747
Home